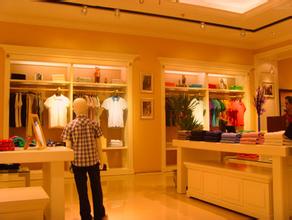 The performance of the sub-sectors in the third quarter reported a certain division, and the casual wear and home textiles sector went near the end of the inventory, and men's clothing was still under pressure. (1) Casual wear industry: After two years of clean-up of channels and reporting inventory, it is currently at a healthy level. The overall accounts receivable and cash flow are relatively healthy. The performance of Semir apparel has been positive, and Meibang Apparel expects to see an inflection point next year. (2) Home textile industry: Affected by the sluggish end-consumer demand, terminal demand growth slowed down. Fu Anna achieved gross profit improvement through the increase of production efficiency under the condition of slowing income. The growth rate of Luolai Home Textile's third quarter report was slightly lower than that of the Zhongguo Daily, but The opening of the spring and summer fair next year, the growth rate of about 10% over market expectations, Mengjie Home Textiles due to low base and equity incentive effect is expected to significantly increase in the fourth quarter. (3) Men's wear industry: The characteristics of relatively high and high ratio pricing in the industry's low season caused obstacles to the transformation of the company. Terminal sales continued to slow down in the third quarter, and revenue and net profit further slowed down. (4) High-end women's wear: The refinement of the Longitudian stores has been significantly improved, but the cost is still high. (5) Export manufacturing categories: On the basis of low-tech results last year, the results of the three quarterly reports were affected by the improvement in foreign demand and the shrinking domestic and foreign cotton price gaps. The income has grown steadily, and the increase in gross profit has led to a substantial increase in net profit.

The companies whose performance in the third quarter exceeded expectations were: Pathfinder, Luthai, Youngor, and Fu Anna. Companies with lower-than-expected results include: Baoxiu, Xinour, Canudi Road, Sout, Langzi, Huasi, Luolai Home Textiles, Saturday, Aokang International, Weixing and Shanghai Jahwa. From the perspective of performance growth and valuation, (1) The earnings quality of casual wear companies continues to improve, and it is expected that they will first go out of the industry's trough, Meibang Apparel will decline by 49%, Semir Apparelâ€™s growth by 16%, and Souartâ€™s growth by 16%. PE is 17 times; (2) Home textile industry maintains a low growth rate, Luolai Home Textiles decreased by 6%, Fu Anna increased by 29%, Mengjie Home Textiles increased by 9%, and the average PE in 2014 was 13 times; (3) Most companies in the menswear industry The net profit showed a downward trend, with seven wolves falling by 7%, Jiumuwang by 10%, Annuncient by 54%, Canudi Road by 5%, Youngor by 22%, and Hinnor by 48%%. In 2014, the average PE was 11 times. (4) Net profit of high-end women's Ladies' shares increased by 2%, corresponding to 14 times in 2014 PE. (5) Pathfinderâ€™s growth in outdoor sports exceeded expectations by 74%, and the valuation is still high. 20 times in 2014; (5) Aokangâ€™s international performance in footwear fell by 30% year-on-year, and fell by 37% on Saturday. The average PE in 2012 was 13 times; (5) In terms of textile manufacturing, Luthai A increased by 47%, Huafu increased by 101%, Blum Eastern increased by 110%, Weixing shares increased by 11%, and the average PE in 2014 was 10 times.

The profitability quality of the leisure apparel industry has improved, and the home textile ordering conference has turned negative. Casual wear is the industry that began to adjust at the earliest end of 2010. After two years of inventory clearance, the overall improvement in the quality of profits has been restored to benign levels. It is expected that next year it will be expected to go light on the low base to usher in a turning point in performance. After one year's adjustment and inventory clearance in the home textile industry, the current channel terminal inventory is basically controllable. The recent home textile leading orders will be held one after another. Leading companies Rollei and Fu Anna have realized about a 10% growth in the ordering meeting on the basis of low base, next year. Will resume its growth. The adjustment of the menswear industry was relatively late, and the high pricing ratio and high participation rate accounted for certain resistance to the transformation of enterprises. The turning point of earnings still needs to wait.