In the legend of ancient Rome, the noble and elegant emerald (Emerald) will change subtly with the change of the weather, just like the goddess's eyes, gentle and deep. Cleopatra VII has the beauty of the world, but it can't stop the enthusiasm for emeralds. Coincidentally, Elizabeth Taylor, the actor of the film Cleopatra, is also obsessed with emeralds, even wearing a custom emerald brooch at her wedding, and the only jewelry worn by the bride that day. Jewelry has become the most memorable color in the hearts of countless guests. 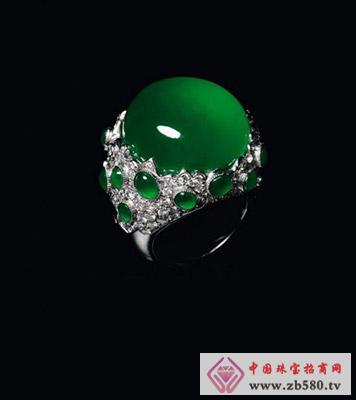 The glamorous gemstones of the emeralds bring a kind of tranquility and stability to the viewers. This unique charm makes the East and West look like treasures. It takes thousands of years to make a mysterious emerald. This rare gem is more precious than diamonds. One out of every one million beryl is emerald. This is similar to the probability of a miracle. Special conditions for emerald formation: The main components of emerald are strontium, aluminum, silicon and oxygen. These are also the main components of beryl. The common beryl is colorless, while the emerald is aquamarine. Such a crystal green color is because in the crystal structure of emerald, a small amount of aluminum atoms are replaced by chromium atoms or vanadium atoms. The contradiction lies in the fact that these dark-colored chrome, vanadium atoms and light-colored cesium atoms are impossible to meet. They are distributed at different positions due to their own traits at the beginning of the formation of the earth. One is the earth's crust, and the other is In the mantle layer, for only a few billion years, only the geological movement, the fault of the oceanic plate and the collision of the continental plate overlap, can sink the rocks of the continent into the deep part of the earth, accompanied by high-temperature magma spraying, traces of chromium and vanadium atoms infiltrating. To the new geological formation, combined with the main components of beryl, form a rare emerald.

In Colombia, South America, enjoys the most prestigious emerald mine, where the emerald was created by two plate movements 65 million years ago and 38 million years ago. The Atlantic widened and the South American plate was turned to the Pacific plate. Pushing, the Andes are raised, the sediments on the seabed are arched, and the huge oblique faults around them release the extremely hot liquid. The hot liquid wrapped with chromium and vanadium atoms rises rapidly and erupts to the surface. In the rock formation, the rock layer burst into pieces, and then the emerald crystals precipitated downward due to the sudden drop in temperature and pressure. So quickly, the Colombian emerald did not have much time to accept the surrounding rock minerals. Therefore, the exit is exceptionally pure and natural, and has been favored by European nobility since the 16th century.

The appearance of the emerald is quiet, and the elegance reveals an elegance and nobleness. This temperament is different from the dazzling of diamonds, and is more similar to the warmth of rubies. The emerald is gorgeous, it has a unique retro temperament, gazing at the gem itself, crystal clear green, calming all the light, filtering the surrounding air to be calm and gentle.

In Iran, the royal family loves emeralds, and the Iranian royal family also has the most emerald treasures in the world. They embed a large number of emeralds as ornaments on the king's throne, Wang Hao's crown; in England, the king of 1912 George V made a crown of Indian kings for the colonial India, adorned with six luxurious and large emeralds. His wife, Queen Mary, presented a collection of world-famous emerald jewels (Cambridge-Delhi royal family suit) to her granddaughter, Elizabeth II, who chose this grandmother on numerous occasions attended by Queen Elizabeth II. In the green of the Deli pilgrimage necklace, eight huge emeralds surrounded by diamonds, shining and shining. The Cambridge emerald short necklace in the suit is the most famous. It was Queen Mary's mother who was left to Queen Elizabeth II. After her mother passed to Elizabeth II, she gave her a gift to Diana. At a charity gala, Diana put the necklace on her forehead, once again raising the attention of emeralds, and this necklace has become one of the most famous jewels of the British royal family.

Inside the emerald, there is a permissible gap called "Gardens", which is breathtaking if it is surrounded by the crystal structure of the gemstone. This is the fossil of the brine that the emerald captured when it crystallized tens of millions of years ago. It has become a historical record and is even more amazing.

When it comes to the best in the jewelry market, people often don't want to think of glamorous diamonds. As everyone knows, an equal-sized, high-quality emerald is much more expensive than diamonds. Its crystal body is derived from geology. Layers of tens of millions of years of crushing are hidden.

The emeralds on the jewellery auction market are inlaid with diamonds, creating a rich color that complements each other. The combination of diamonds and gems is a perfect combination of low-key and gorgeous. On the Sotheby's Spring Auction in 2012, a pair of pear-shaped Colombian emerald-encrusted earrings weighing 16.57 and 14.58 carats were sold at a high price of HK$980,000. Pear-shaped emeralds and diamonds weighing approximately 14 carats were inlaid in platinum. The links are gorgeous, and the pair of earrings from Harry Winston have a gorgeous clustered inlay that reflects the brilliant light under the light and becomes the focus of everyone's attention. At the same time, there is a beautiful Colombian emerald-encrusted necklace of the same brand. Three natural Colombian emeralds weighing 10.61 carats, 8.03 carats and 7.02 carats are inlaid among them. The superb green color makes it sell for HK$5.3 million.

At present, the highest price emerald in China is an 8.88-carat ancient cushion-shaped D-color interior flawless (IF) diamond with a natural Colombian emerald ring. It was sold at Sotheby's Hong Kong Sotheby's "Glory Jewelry and Jade Jewelry" on April 6, 2011 at a price of HK$962,000. The pair of emerald earrings, numbered 1801, was also sold at HK$902,000 and became the runner-up on the emerald auction. These earrings feature two ancient cushion-shaped natural emeralds of 10.73 carats and 9.52 carats, all from Colombia, with superior color and saturation.

At Sotheby's Autumn Auction at the end of last year, there was also a lack of pleasing emeralds: a variety of emeralds with diamond rings and emerald pendant necklaces were sold at higher prices.